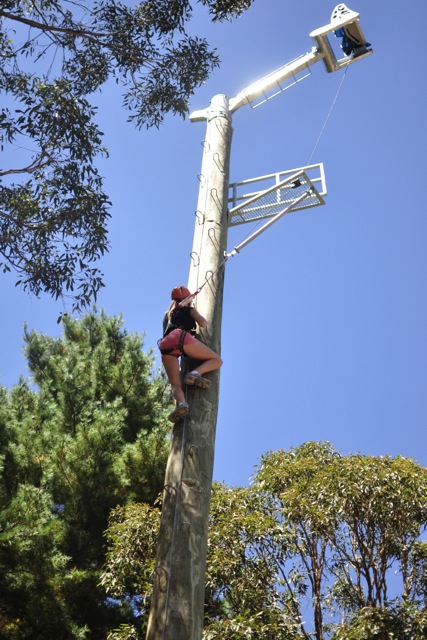 What is a Powerfan?   Basically you climb a 13m wooden pole, then...step out on a small metal platform (your eyes are roughly at the 14.5m mark) and jump.  That's like standing on the balcony of the 4th story of a building.

Unlike other abseiling, high ropes and leap of faith activities there is no initial belay resistance from the Powerfan, so this is a true faith step.

THE SCIENCE OF POWERFAN

Work, Energy and Power How much POWER can you get from the POWERFAN®? Before descending on the POWERFAN® you must do work and climb 13m or more up the stairs. As a result of the work done you will now possess potential energy. The amount of potential energy you possess is equal to the amount of work you have done. (Both are measured in Joules). A heavy person must do more work to climb the stairs than a light person and consequently will possess more potential energy when they reach the top.

If you were then to step off without being attached to the fan, as you fell your potential energy would all be converted to kinetic energy and you would hit the ground traveling at 15.97 m/s (or significantly faster with the higher models)!

Instead, as you descend on the POWERFAN® your potential energy is dissipated by the fan.

A simple sensor would measure the speed of the rotating fan and this speed measurement would then be converted to a power measurement using the fan power curve (left).

The rate at which the fan dissipates your potential energy is known as power (measured in Watts).

If you are heavy you possess more potential energy which the fan must dissipate during your descent (if you are to land gently). Thus the power dissipated by the fan increases and this is associated with an increase in the speed of the fan and your descent.

During the development of the POWERFAN® this differential equation (right) was solved numerically on a PC in about 30 seconds.

The 1960s mainframe computer on the 2nd floor of the Science Museum would have taken 3 weeks to do the same...for example

The rope, relied upon throughout the fall, is a perfect example of the use of advanced plastics! (100 years of synthetic plastic exhibition currently at Science Museum) Thank goodness Science is such powerful stuff!

The rope is made from ultra high molecular weight polyethylene (UHMWPE). This is a thermoplastic that is stronger than steel.

The dynamic behaviour of the POWERFAN® is governed by Newton’s three laws of motion. It is by using Newton’s laws that it is possible to write a differential equation that describes mathematically the behaviour of the descending mass / POWERFAN® system.

The differential equation is:

z is the vertical distance of the mass below the point at which it began the descent t is time m is the mass r is the radius of the rope drum g is gravity and the remaining parameters depend on the drag characteristics of the fan, friction in the shafts and bearings, the ratio of the belt drive between the shafts, etc.

The technical content is on this page is provided 'as is' from the website of the creators of the Powerfan - Dropzone (UK) Ltd. Per their website: Information contained herein has been compiled in good faith and Dropzone (UK) Ltd accept no responsibility for omissions, errors or inaccuracies. 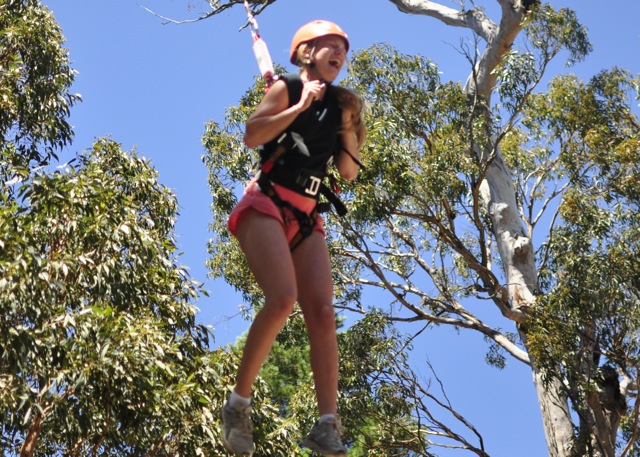 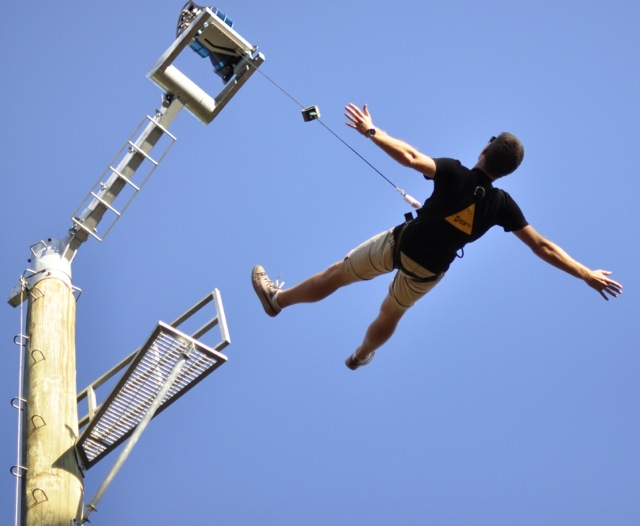 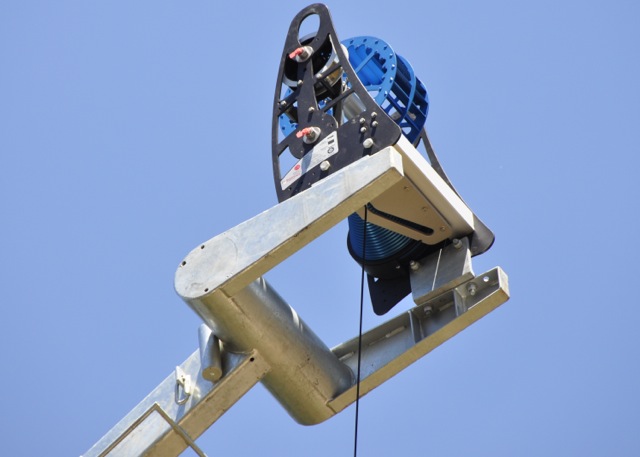